Gives an entirely new meaning to “the bucket brigade”. Instead of rescuers, the people with the buckets are now childish and careless bumblers at best.

Are you a member of the childish and careless bumbling bucket brigade? Or did your parents and grandparents teach you how to use a bucket?

Consider. How is this bucket used a metaphor? How many of us think of this verse?

John 9:25 New American Standard Bible
25 He then answered, “Whether He is a sinner, I do not know; one thing I do know, that though I was blind, now I see.”

The best use for a bucket is to carry water, to share the water that is life. Because Jesus loves us, he cured that blind man. He both enabled the man to see Creation and to see the Truth of God.

What happened to that blind man when Jesus cured him? Pharisees came to see him, and his story outraged them. Why? The Pharisees saw themselves as self-sufficient. They believed their works were their salvation. Jesus told them they could only be saved if they too admitted that they were sinners, in need of the mercy and grace of God.

Our bucket is our love. With it we can share the water of life (https://www.gotquestions.org/water-of-life.html). Even if we have never read the Bible, God made us in His image. With love, we can share His Spirit. With an understanding of the Bible, we can do so wisely. We can accurately lead others to Christ our Savior.

First, however, we must remove our bucket from our heads. Instead of using our bucket to protect ourselves from others, we must each use our bucket to share the life that our Lord has given us with others.

“By slow, thoughtful watching, you can gain much,
as against working up a wild, panicky condition.”
Ernest Vincent Wright, Gadsby 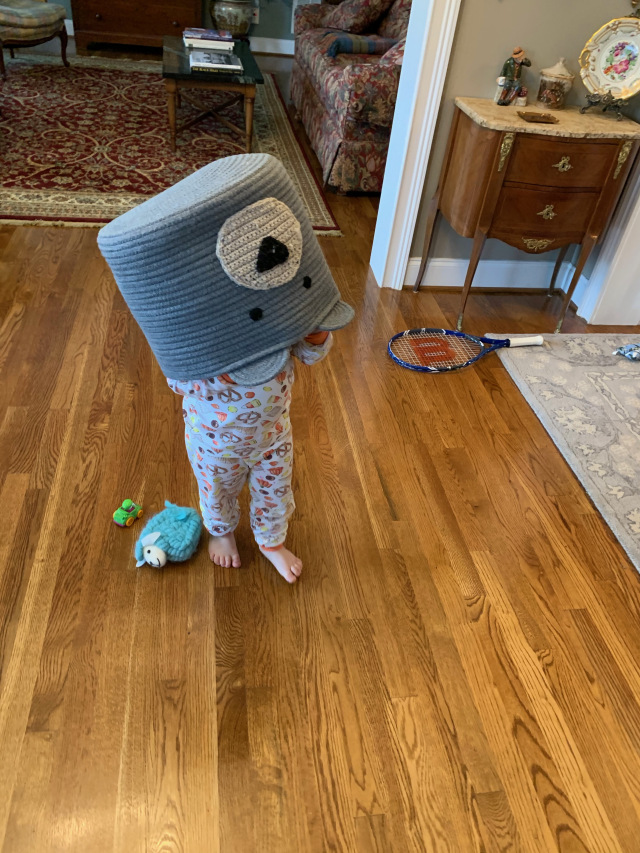 The Mayor thought that putting her toy bucket on her head and walking through the house
was a good idea.

It was fine for a while…

It was all fine and good until she ran into the Sherrif and knocked him over. 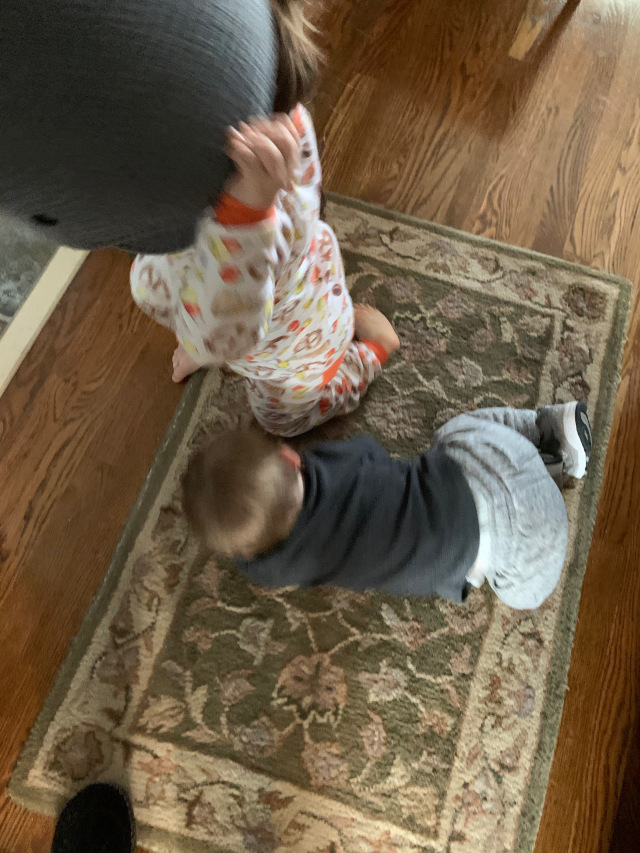 So there is indeed a moral to the tale of the Mayor’s haphazard choice…
actually, there are probably several morals.

But the one thing I’m finding as somewhat reflective of the times in which we now live…
is that The Mayor is not the only person walking around with some sort of
a bucket on her head.