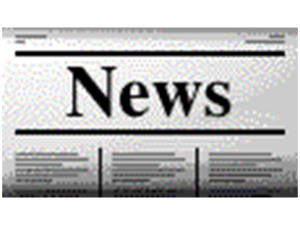 It is getting so that the news media embarrasses itself every day. How do I know? Instead of believing those people I just wait for the truth to come out. Even when the truth is often something else, they must have their narrative. So they can’t be trusted.

Why is this a problem? Lot of us rely too much on too few news sources. Here is an example, an excerpt from a comment (Check out the comment and my response).

Doug
My point, Tom, is a matter of trust and confidence that a news source is credible. I watch CNN largely because I feel they are credible, as I would the three major network news sources. They have a vested interest in getting the reporting of a story as correct as possible. I don’t select a liberal bias and conservative bias then make my own decision. My quest is for accuracy as as close to the facts as possible from a single source. I firmly believe this idea of a “liberal media” is simply sour grapes when the media reports the “not good” about a politician as having greater news value than the positive side the politician prefers. (from here)

Since most of us (me included) would rather do something besides digesting the news, it would be great if one single news source could be trusted. However, imagine what would happen if there was such a source. Imagine the influence the folks who owned that news business would weld. How long would it be before the owners succumbed to the temptation to abuse that power?

Most of us have a low threshold for temptation, and the news media is no exception. Consider the story

insanitybytes22 writes about here, About Those Covington Catholic Boys…. It is a silly thing. Apparently, the news media misrepresented some high school kids as racists just because some of them were wearing MAGA hats.

Of course, some of them are trying to bury their earlier coverage. Here is what Google shows for an earlier version of the CNN story.

https://www.cnn.com/2019/01/19/us/teens-mock-native-elder-trnd/index.html
Jan 20, 2019 – A crowd of teenagers surrounded a Native American elder and other activists and mocked them after Friday’s Indigenous Peoples March at the Lincoln …You visited this page on 1/21/19.

The link is the same, but the story has been retitled and rewritten.

Anyway, if you want to see how irresponsible the news media can be, check out

‘s post, About Those Covington Catholic Boys…. It goes to show that the guys with the “scoop” don’t necessarily have the correct version of events.

165 thoughts on “THE DANGER OF BELIEVING PROPAGANDA”