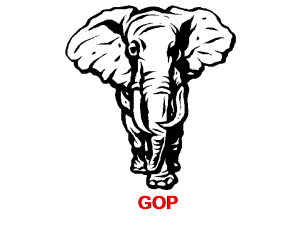 At the closing of the polls tomorrow, the Republican Primary elections will be over.  So consider the gloating: EW Jackson’s Closing Argument Is Essentially That Nick Freitas, Corey Stewart and Their Supporters Hate Each Other’s Guts (bluevirginia.us). Ask yourself what it says about us.

Here is a reblog.

Gotta love this closing argument by E.W. Jackson in the Virginia GOP U.S. Senate primary (see video, below). In short, Jackson makes the case that although there are “three good people running,” “my two competitors…Nick Freitas, Corey Stewart…they don’t like or respect each other; in fact, they quite DISLIKE each other…if either of them wins the nomination, there’s going to be bad blood as soon as the election is over.”

According to Jackson, “the reality is that Nick and Corey can not STAND each other…the accusations that have been flying back and forth – ‘racist’, ‘never Trumper’, ‘sanctuary city supporter’…each of them is going to have a hard time supporting the other because so many ugly things have been said.” For once, I actually agree with Jackson on something; no doubt that Corey and Nick despise each other.

As an added bonus, Jackson rips into former Lt. Governor Bill Bolling for costing the Cooch/Jackson/Obenshain ticket the 2013 Virginia statewide election (according to Jackson, Bolling went around “bad mouthing the ticket, bad mouthing Ken, getting everybody that he could NOT to vote for our ticket”).

Is E. W. Jackson correct about the strife? Yes. Would he be a better choice than one of the other two candidates? Perhaps, but the argument he makes in this video is not by itself sufficient.

Most likely, either Nick Freitas or Corey Stewart will win the primary. Then we will have a problem. What if we have a sore loser? Then for the sake of family, friends, and countrymen, we will have to ignore that man. We will have to remember the alternative, gloating Democrats. When people take joy in our troubles — an ugly feud — they are not our friends.

So pick your candidate; Nick Freitas, E. W. Jackson, or Corey Stewart; and vote. Then thank the candidates who lost, and get behind the winner, whoever he may be.

5 thoughts on “REMEMBER THE OBJECTIVE”