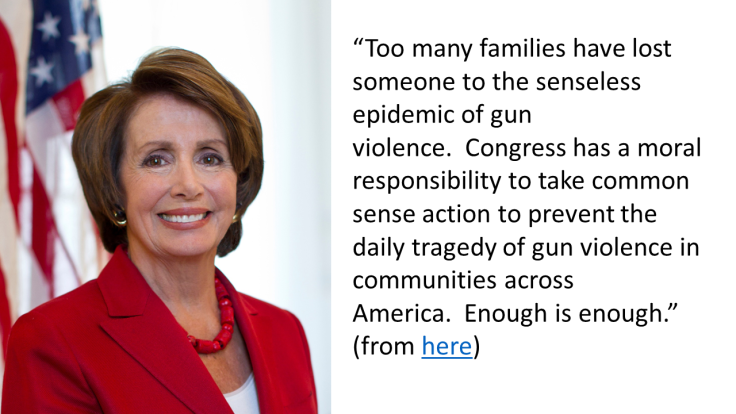 We have an election this year. If your congressman or senator, Democrat or Republican, thinks his job is to take guns away from law abiding citizens, please vote him or her out. We each have the right and the responsibility to defend both ourselves and each other as best we can. Our police forces are composed of good people, but they can’t be everywhere. If we don’t allow Congress to take “common sense action” and disarm us, there is also no reason why our police forces have to be everywhere.

And don’t ignore the nomination process, especially if you are Republican. Unless we nominate good candidates, we will be stuck with those who ain’t.