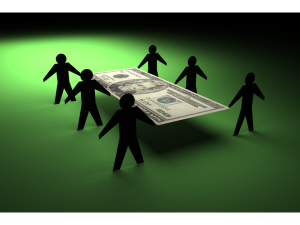 As is usually the case, the Senate is tied up in knots. Why? The people in charge want it that way. Otherwise, they would change it.

So what is going on?

A second government shutdown in less than an month appeared increasingly likely Thursday evening, as a last-minute maneuver by Sen. Rand Paul, R-Ky., delayed consideration of a bipartisan budget package to keep the government open past midnight.

Paul repeatedly objected to a quick vote on the deal struck by his fellow Kentucky Republican, Senate Majority Leader Mitch McConnell, and Senate Minority Leader Chuck Schumer, D-N.Y. Paul said he was asking for a recorded vote on reversing the bill’s spending increases. That effort could delay a final Senate vote until 1 a.m. Friday, past the deadline for keeping the government open. (continue here)

Frankly, I don’t like government shutdowns. They just waste money. Who wants to do business with an outfit that can’t get its act together? No one! So government contractors charge the government more because of such headaches.

What is in that budget package? Why is Senator Rand Paul opposing it?

Congress is set to open the door to a gargantuan budget deal — here’s what’s in it (businessinsider.com)

Congress is expected to vote Thursday on a massive bipartisan budget deal to increase funding for government programs by hundreds of billions of dollars while averting another shutdown.

The deal, announced Wednesday by Senate Majority Leader Mitch McConnell and Minority Leader Chuck Schumer, would bump spending for both defense and nondefense programs while also fulfilling various policy goals from both sides of the aisle.

The deal would set the budget caps for the next two years and extend the current level of funding through March 23, giving congressional appropriators enough time to hash out the details of where exactly the money will go.

With that in mind, here’s what’s in the legislation:

Whenever we need to increase defense spending, Liberal Democrats start demanding an increase in nondefense spending. They got to fund those government employee unions, of course.

So I sent an email to my congressmen, Rob Wittman (VA-01). Here is what I said.

I don’t like what appears to be a budget busting deal coming out of the Senate. I understand that the tax cut is supposed to stimulate the economy. I also understand the military needs some money, but you guys need to cut spending some place and not just in the out years. Cut spending now, not tomorrow.

When Congress spends money it does not have, that inflates the currency and it diverts economic activity from the private sector, harming growth. The stock market hates excessive government spending, and the country does not benefit from so much spending.

You guys are supposed to live within a budget, just like everyone else. You guys need to set priorities for how you want to spend our nation’s money. That is your primary job, and you are not doing it.

You want to know how I rate Congress’ performance, your performance? Not good!

When and if you vote on this massive two-year budget deal, please be prepared to explain how you expect that deal will lead to a balanced budget in the near future. Otherwise, please vote against the bill.

Anyone who reads my blog can figure out I abhor Federal Government spending on health, education, and welfare programs. I believe that spending on these programs, because Congress uses that money to buy our votes, is reckless. Nevertheless, I don’t see how Wittman would stop such spending, and I don’t think he wants to do so. Still, if he wants me to believe he is a Conservative, I expect him to try to balance the budget. Succeed? Until we vote out more of the rascals, that won’t happen. At this point, I just want him to participate in the battles. To be someone we can take seriously as an advocate for reduced spending and a balanced budget.

What do I think of Senator Rand Paul? He may not be winning, but he is at least fighting the good fight.

If we want to balance the budget, we have to vote for people who are serious about it, people who will stick their necks out and fight the leadership in their parties. If your congressman, Democrat or Republican just thinks his job is to spend and spend and spend, please vote him or her out.

And don’t ignore the nomination process, especially if you are Republican. Unless we nominate good candidates, we will be stuck with those who ain’t.