I am not especially smart or intuitive. So trying to figure out something as complicated as people is a greater challenge than I want.  Sometimes, however, my curiosity gets the better of me. Since politics fascinates me I want to know: why do they hate President Donald Trump?

Remember when then candidate Donald Trump said this (on July 27, 2016).

“Russia, if you’re listening, I hope you’re able to find the 30,000 emails that are missing. I think you will probably be rewarded mightily by our press,” Trump said during a news conference in Florida.
“They probably have them. I’d like to have them released,” he continued. “Now, if Russia or China or any other country has those e-mails, I mean, to be honest with you, I’d love to see them.” (from here)

At the time I was laughing with Trump, and I was baffled by the news media’s reaction. They could not tell he was joking, that he was making fun of them? How childish can you get? Yet many in the big news media are adamantly determined to punish Trump, no matter what it takes. 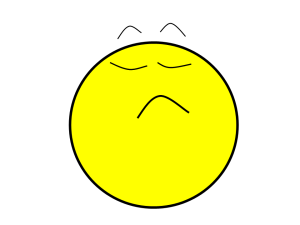 What makes people so irrationally angry? I suppose it is not always the same thing, but some of the possibilities are obvious. Threaten a child and that child’s mother will annihilate you if she can. We are protective of what we care about. So I guess the real question is what we care about. What do we care about most?

What about the Democratic Party? When Trump highlighted the party’s schemes to steal the nomination from Bernie Sanders — when he suggested Hillary Clinton belongs in jail — what god did Trump attack then? Why couldn’t these people see an obvious joke? Well, they didn’t. So we got interviews like this one.

Essentially, before the Democrats had evidence of anything, these erstwhile doves had become Putin/Trump hating hawks willing to accuse anyone who objected of carrying water for the Kremlin.

If evidence does not matter — if truth does not matter — then what is the god of the Democratic Party? What idols have these people sacrificed their integrity to? What do they endlessly seek to grow and to nurture? Is it the seat the their power, the almighty state? Perhaps.

Of course, when we ask questions about others, we should examine ourselves first. Are Christians protective of the God of Abraham? I suppose we are, but are we irrational about it? When we consider the Father, the Son, and the Holy Spirit — the Trinity — does God need our protection, or do we need His? Rationally, we know that the latter is true. Therefore, while some Christians may protect God irrationally, just as idol worshipers protect their gods (knowing in their hearts the fragility of their god), Christians have no logical reason to do so. What need does the Creator have of our protection? All we have to give Him is our love and obedience. All God demands is that we love Him above all else, that we demonstrate that love by loving our neighbors as we love our self, but I suppose that is easier in theory than it is in practice.

Do I seem harsh? Am I being terribly impolite? Is it appropriate to say that the news media and Democrats hate Trump irrationally? Is it true? Consider that the news media and the Democrats have effectively accused Donald Trump of treason, a capital offense. When the people involved are lying about such charges, wasting hundreds of billions of our tax dollars buying votes, plainly lying about the powers given to them by our Constitution, refusing to enforce our borders, and winking when the members of their own party break the law; don’t we need to ask such people what gods they are willing to sacrifice their neighbors for?

61 thoughts on “WHY SUCH HATRED FOR DONALD TRUMP?”