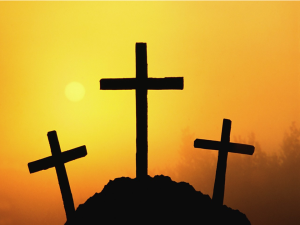 I suppose, however, an example is better than a poem. Two thousand years ago a man died on a cross. Because that man was God, His apostles and innumerable converts to the Christian faith followed His example, even when being resolute meant a painful death. Am I ready to follow His example? I don’t know.

We live in an era where our roots in the Truth are shallow. With even the threat of harsh words we give in. Therefore, while our government wastes hundreds of billions, persecutes the innocent, and refuses to enforce righteous laws, most of our leaders stand by and smile graciously, as if they should not be ashamed.

What is the most glaring absurdity? We hound even the most powerful with nonsense. Consider my last post, WOMEN DON’T LIE? WHAT IS A HARPY? What is it that most distracts and excites the members of the news media? Anyone with half a brain understands that Donald Trump never colluded with the Russians to steal the election. Yet this is their excuse for harassing him and the members of his administration. Instead of being appointed to investigate a possible crime, don’t we all know the real reason that Acting Attorney General Rod Rosenstein appointed Robert Mueller special counsel to oversee an investigation into alleged foreign electoral intervention by Russia in the 2016 U.S. presidential election? Was he not afraid of how it might look if he did not?

So what has come to pass? Mueller and his cronies now have authority to use millions of dollars to harass current and former members of the Trump administration. Those without deep pockets are in big trouble. In particular, Michael Flynn is having trouble. Although it is apparent Flynn took money from foreign governments he should not have taken, it is also apparent he should be investigated for that, not hounded until he testifies against the Trump administration.

So what is the solution? How do we shut down Mueller’s witch hunt, that is, Mueller’s search for an excuse to impeach Trump? If an impeachment of President Trump were needed, the Constitution requires it to come Congress, not a rogue special prosecutor. Therefore, if the Republicans in Congress had any backbone, they would pass a resolution requesting that Robert Mueller provide them with any pertinent information that his team has collected. In addition, they would advise the Trump administration that the millions being spent by Mueller and his team could be better spent elsewhere.

13 thoughts on “IS YOUR REPRESENTATIVE IN CONGRESS A SQUISH REPUBLICAN? THE LITMUS TEST”