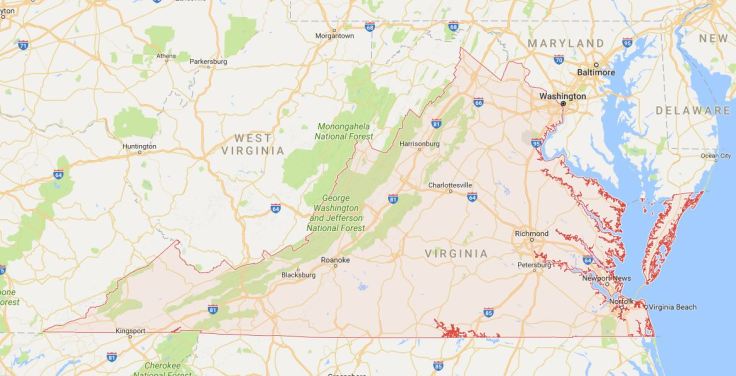 In Virginia we will be conducting state and local elections on November 7, 2017, and here of late we have experienced a string of October/November surprises. Oddly, however, with a few exceptions these surprises concern national figures and enterprises, not Virginia figures or enterprises. Nonetheless, because we have told so many times that Democrats will come out in hordes to vote against Trump (He is not on the ballot, by the way.), these revelations ought to be relevant. Not certain yet, but it looks an awful lot like the rats have started abandoning their sinking ship.

Who Paid For The Trump Dossier?

There is this phony/faked dossier that gutter creatures put together to show that the Russians have President Donald Trump in their pocket. This pathetic dossier provided much of the basis for the appointment of a special prosecutor to investigate possible collusion by the Trump campaign with the Russian.

Did The Democratic Party Rig Its Presidential Primary Elections?

During his debates with Hillary Clinton, Trump took a lot of heat when he refused to say in advance that he would not contest the results of the election. Considering that many Democrats now believe H. Clinton had just cheated Bernie Sanders in the Democratic Party’s primary elections, in hindsight Trump looks far wiser than many gave him credit.

Did Secretary of State Hillary Clinton Sell Out To The Russians?

This part considers new information that has come out related to the Uranium One deal with the Russians. Did Secretary of State Hillary Clinton sell out to the Russians? I am not certain, but there actually are some things we should investigate. The Clinton’s are quite wealthy, and lots of their money came from foreign sources. The headache is that while lower level Federal employees have to avoid even the appearance of impropriety their political bosses don’t. Therefore, politicians, for the sake of enough cash, will do things that may not be illegal, but they should not be doing. Consider. When Bill Clinton gets $500,000 for making a speech from Russian businessmen, how silly is it when Democrats insist upon suing Donald Trump just because random foreigners stay in some of his hotels? Why would we want to ignore the fact that foreigners are giving the Clinton’s so much dough? What are these foreigners getting for their money (There was, by-the-way, much more money changing hands than $500,000.).

Are Democrats Actually Pro-Woman Or Womanizers?

I have not blogged much (just here => SEXUAL DELUSIONS: BELIEVING IN FALSEHOODS IS HARMLESS?) about the Harvey Weinstein scandal, but it keeps growing bigger. It has even coined a new phrase, “Weinstein Effect”.

What do I think is relevant about the scandal? This question: Why would we to put these people in charge of our children? What good is their advice on such things? They support Democrats so we should do so too? Who goes to people who don’t know how to manage a problem for advice on how to solve it?

Recently, Virginia Democrats have well overstepped the bounds of commonsense, accusing their Republican opponents of virulent racism. That is something I covered in this post here, WHEN ARE THEY GOING TO STOP CALLING US RACISTS, BIGOTS, HATERS,……?. Well, it doesn’t seem the Democrats intend to stop soon.

Favola attended an Arlington County Democratic Committee monthly meeting at the Walter Reed Community Center where she fired up the crowd before the three Democratic candidates on the statewide ticket spoke to the crowd.

“What my colleagues didn’t really tell you is how dangerous it will be if the other side wins. They’re evil, we’re the good guys,” Favola said, as the room erupted with laughter, applause and cheers.

“Every one of you is an angel,” she added.

Here is a video of that lady’s statement.

You wonder why people want to tell us what to think? Well, all of us have a tendency to think well of ourselves and badly of anyone who disagrees with us. What we forget is the comparison that matters. How do we compare to our Creator?

What freedom of religion involves is letting our friends and neighbors run their own lives and pursue their happiness their own way. We need government so we can keep each other from infringing upon each others rights, not so we can create some form of Utopia. Do we all agree upon what Utopia looks like? Then how are we going to create Utopia without warring with each other first?

Consider what happens every time we give some “great” leader the power to create Utopia for us. Don’t we find out once again the truth of this statement?

Instead of trusting men to solve our problems, we each need to trust our Creator. If we obey his commands, He will provide us what we need — not what we want, but what we need.

Evening Prayer of Trust in God.

For the choir director; on stringed instruments. A Psalm of David.

4 Answer me when I call, O God of my righteousness!
You have relieved me in my distress;
Be gracious to me and hear my prayer.

2 O sons of men, how long will my honor become a reproach?
How long will you love what is worthless and aim at deception? Selah.
3 But know that the Lord has set apart the godly man for Himself;
The Lord hears when I call to Him.

4 Tremble, and do not sin;
Meditate in your heart upon your bed, and be still. Selah.
5 Offer the sacrifices of righteousness,
And trust in the Lord.

6 Many are saying, “Who will show us any good?”
Lift up the light of Your countenance upon us, O Lord!
7 You have put gladness in my heart,
More than when their grain and new wine abound.
8 In peace I will both lie down and sleep,
For You alone, O Lord, make me to dwell in safety.

12 thoughts on “DO YOUR DEMOCRAT FAMILY, FRIENDS, NEIGHBORS KNOW ABOUT THESE STORIES?”