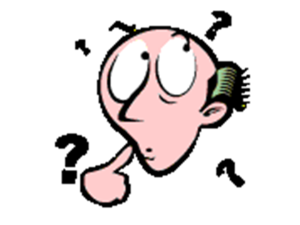 When I got this email from Delegate Bob Marshall today, I cannot say I was dumbfounded or especially depressed, just a bit sad.

We’re under attack.  Joe Biden just endorsed my opponent!  The Left is certainly energized to defeat me.

The Gay and Lesbian Victory Fund and other out of state leftist organizations have been funding my opponent to the tune of over a hundred thousand dollars. They’ve decided that my race is where they try to advance their radical agenda. Help me fight back!

My opponent has committed to a SIX FIGURE TV ad buy!

There’s no time to waste. Can you step up right now with a donation to help raise enough money to counter out-of-state radicals?

I’m always grateful for the support you show me everyday.

God bless you and thank you again for your generosity!

P.S.  One last request please share this with your family, friends and neighbors on social media and ask them for their help!

The Democratic Party is not what it use to be. There was a time Democrats respected America’s founding principles. Now? Not so much.

You want to help Delegate Bob Marshall? Then please visit delegatebob.com and click on the donate button. Click on the “Take Action” link and volunteer. But first think about why you should do it.

Who is Joe Biden? Think about where he stands in the Democratic Party. Consider the values he represents. Understand that Biden is endorsing Democrats in Virginia because they represent his values.

What values does Biden represent? Well, we had Joe Biden as our Vice President for eight years, and Biden faithfully executed President Barack Obama‘s instructions. Do you actually like how Obama was “transforming” America, slowly making our nation second-rate, our people poor and dependent upon government?

Was Obama about abortion rights, redistributing the wealth, and pitting us against each other  through identity politics? No. Not exactly. What Obama sought to do is give us our “rights” instead of protecting our rights.

So what is the limit of negative rights? Well, if the exercise of my religious beliefs involves human sacrifice, it is a cinch I am imposing my religious beliefs upon someone else. Therefore, government has the duty to stop me. That is, the government must arbitrate our disputes. My right to own property, for example, does not give me the right to take ownership of what belongs to someone else, for example.

Once you realize there are no such things as a free job, free education, free health care, free retirement, and so forth, I suspect you can begin figure out the nature of the first problem on your own. The second problem is only slightly more complex. When we allow politicians unfettered administrative authority over our “rights”, we have to trust the same people to both protect our rights and to give us our rights. Many happily succumb to the temptation to sell our rights for votes. (from here)

So what should we do? How do we protect our rights? Here is an excerpt from the second comment.

The primary way we protect our rights to live our lives as we wish is to not put anyone else in charge of them. When we insist upon positive rights, the government giving us “rights”, we begin loosing control of our lives. Eventually, if we insist upon being given enough “rights”, we become dependents of the entity that gives us our ‘rights”. That entity then has the power to control us. (from here)

Is this an exaggeration? Are the values that Obama and Biden represent dangerous to our freedom? After eight years of Democrats in charge, isn’t our country more divided than ever? Wasn’t the Obama administration all about giving some people their rights at the expense of other people?

Consider the nature of identity politics, which is actually a form of discrimination BY THE GOVERNMENT. For the Democratic Party, Danica Roem personifies identity politics. I say “personify” because most of Roem’s funding is from out of Virginia, and now his biggest endorsement is a nationally recognized politician from another state.

One last thought. When you vote for someone like Marshall, you are voting for someone who respects the Law. Year after year Marshall has sought to abide by the limits of the Law, and that is an expression of humility. Marshall has not pretended that he knows how to run the lives of his individual constituents. Instead, he has protected our rights. He has sought to let us run our own lives. On the other hand, when we vote for a politician who promises to give us our rights — including the right to force others to respect our “identity” — whatever we might think that is, we are voting for someone who is perfectly happy to make up the law. That is especially true if our “identity” is a wish, a fantasy. Then without a doubt we are voting for someone who has the arrogance to tell their neighbors what they should believe and how they should live.

What goes around comes around. (explanation here)