insanitybytes22 oftens write light-hearted posts that have an unexpected bite. Here below she makes fun of a couple of words.

Why should we want ad hominem and the strawman slain? When people start talking about somebody instead of an issue or something else besides the issue at hand, the discussion is almost over anyway. When we have to use those words to correct our opponent, we are not discussing anything of value. We are just trying to correct someone who almost always will refuse to be corrected.

Put yourself in the position of the offender (a position which most likely you have been in at least once). Unless we need to get somebody fired or arrested, what is the point of leveling accusations, ad hominem, against someone personally? If we need to use a strawman to attack someone’s argument, have we not implicitly conceded their argument is unassailable? Hence we have resorted to deceit.

What are the issues? That depends upon what we stand for. Each of us must decide we what stand for — who and what we care about. If we don’t want to find ourselves engaged in ad hominem and strawman arguments, then we must argue for someone or something, not against someone or something. If don’t like our opponent’s position, then we must propose something we think is better and compare and contrast the merits of our proposals. 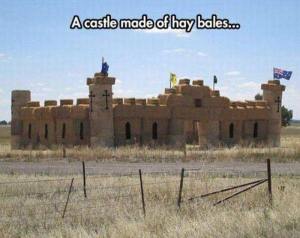 All in good fun here, but having been pretty active on the internet for some  20 years now, there is still this elusive beast I have been unable to slay. It is absolutely maddening when the things that need to die, refuse to die.

I speak of the ad hominem and the strawman, not the existence of such things, those are real enough, but the propensity some people have to launch such heady accusations, words one can toss about that allow people to say nothing at all. Even better, such nothingness sounds very smart, as if you are following the rules of logic when no one else is.

As a matter of fact, that right there is the very definition of an ad hominem. What irony. What a strawman.

Does anyone actually fire off  such accusations understanding the definitions? I suggest not. I suggest that in the entire history of…

16 thoughts on “Slaying the Strawman”

The Domain for Truth
THE LIMING REPORT

something funny is occurring