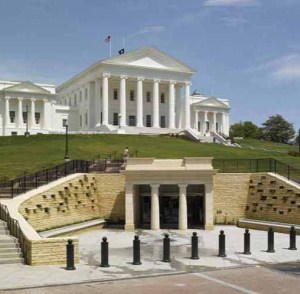 The Democrat nominee is Danicia Roem. The Republican nominee is Bob Marshall. Marshall is the incumbent. In Part 1 we will consider Danicia Roem‘s qualifications.

Who is Danicia Roem? Roem’s primary claim to fame is that he identifies as transgendered female (actual sex is male). Therefore, we get this odd behavior from the Democrats. At the same time we are suppose to treat Roem’s attempt to change his sex as perfectly ordinary — no big deal — the news media glorifies him and promotes him as a transgendered candidate. Considered the titles of today’s news listings for Roem’s at The Virginia Public Access Project.

Typical is this quote.

Yes, Danica Roem is the first transgender candidate in Virginia history. And yes, she’s opposing ultra-conservative Republican Bob Marshall, who introduced a bill to restrict which bathrooms transgender people can use. But what she wants to talk about is traffic.

“My mother’s been commuting up and down Route 28 for more than 30 years to provide for her family, and she’s had to sit in this miserable traffic since the 1980’s. That is so wildly unacceptable.” (from here)

Even though Roem is the first transgender candidate in Virginia history, the news media and the Democrats (pretty much one and the same) want to paint Marshall as a weird and extreme nut focused on crazy social issues. That involves a huge contortion of reality. Just consider the starting point. How is conferring special rights on people confused about their sex not a crazy social issue, but trying to keep men out of the lady’s room is?

What does Roem claim qualifies him to represent the 13th House District in the General Assembly? He has worked as a reporter for local papers since 2006 (see bio).  His final job before deciding to run for office was as the news editor of the Montgomery County Sentinel in Rockville, Maryland.

Has Roem’s background given him any special insight with respect to the issues? Well, here are his four top issues.

Where are Danicia Roem‘s campaign funds coming from? Because of Roem’s transgendered status and Marshall’s reputation as a staunch Conservative, this race is being nationalized.  So most of Roem’s funding is coming from outside Virginia. Here is what vpap.org showed as of today.

Reflections And Thoughts Of A Fortunate Man

“The harvest is abundant but the laborers are few; so ask the master of the harvest to send out laborers for his harvest." Luke 10:2