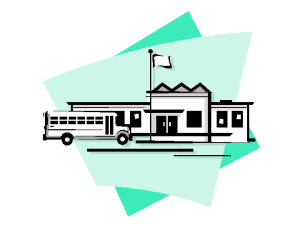 When people stick their noses unwanted and unneeded into other people’s lives, we call them busybodies. When busybodies don’t want to risk being ignored or fended off, they use (or abuse) the power of government to get their way. Hence we have moves afoot in our government-run school system to uni-sex us. Consider.

At its June 21ST meeting, the Prince William County School Board will discuss proposed revisions to Prince William County Public Schools’ Non-Discrimination and Commitment to Equity Policy (Policy 060). If amended, the policy would also include protections for students and employees pertaining to “sexual orientation” and “gender identity.” The Prince William Education Association (PWEA) Board of Directors unanimously supports this change.

PWEA President Riley O’Casey noted, “Our affiliates, the Virginia Education Association (VEA) and the National Education Association (NEA) have adopted belief statements affirming that no student or employee should be subjected to any form of discrimination.” She stated further, “the PWEA Board of Directors believes that all persons should be guaranteed equal opportunity within the public education system, whether student or employee.”

The American Psychological Association notes that LGBTQ students suffer more frequently from anxiety and depression and are more prone to self-harm and suicide than their peers. GLSEN, the nation’s leading organization in the fight to end anti-gay bias in K-12 schools, conducts a biennial survey related to school climate. In the 2015 School Climate State Snapshot, it was reported that in Virginia, 68% of LGBTQ students experiencing discrimination at school never report it to school staff.

Citing an Equality Virginia publication, President O’Casey declared that, “more than half of Virginia’s 133 school divisions have already adopted protections for students that include both sexual orientation and gender identity. It is our sincere hope that our world-class school division will provide these same protections, not only for our students, but for employees as well.”

School Board meetings are held at the Kelly Leadership Center located at 14715 Bristow Road, Manassas, VA, beginning at 7:00 p.m.

What is the PWEA? It is an affiliate of he VEA which is an affiliate of the NEA. Think teacher’s union and Democratic Party Liberals. The goal of these organizations is to make certain your children accept Democrat Liberal values and support Democrat Liberal causes and politicians. If your children are totally confused about the differences between men and women, so much the better. If we are all confused, then we will all be EQUAL because we will all be unhappily confused.

What can you do? Well, if you don’t support equality at the cost of your sanity, here are some suggestions from the Chair of the Prince William County Republican Committee, Dottie Miller (extracted from June 16th email).

Email the School Board requesting that they vote “NO” on the Revision of Policy 060, “Nondiscrimination And Commitment To Equity.” Their email addresses are as follows:

Attend the June 21 meeting, and create and hold up signs that urge School Board Members to protect our student’s privacy and safety, and vote “no” on Revision of Policy 060.

Notify your neighbors…. The vast majority of Prince William County residents simply are unaware that this vote is taking place.

In her email, Miller provided the following reasons for opposing the policy change.

1. This Policy Change Violates Privacy Rights – Prince William County is a welcoming and compassionate place for all people, but this policy change would violate privacy rights for our children. Adding “gender identity” to the nondiscrimination policy would lead to unwanted encounters among children of opposite biological anatomy in, what should be, safe places. Students should not be forced to be exposed to students or adults of the opposite biological gender in a bathroom, locker room, or shower.

2. This Policy Invites More Sexual Activity & Possible Sexual Assault in Schools – In schools across America, and here in Prince William, consensual sexual activity, and even sexual assault, in bathroom stalls has become an unfortunate popular trend. Changing policies that affect bathrooms, locker rooms, and showers will only invite more sexual activity among children and teens in school. Schools should be a place for learning reading, arithmetic, and fine arts, yet throughout the last 10 years, sexuality has become too much of a focus in too many classrooms and school environments. Sexuality should be conversations for consensual adults outside our schools, not inside it. Our students have the right a safe environment.

3. This Policy Is Unnecessary – For years, Prince William Public Schools have protected and accommodated transgender students and staff in a respectful, private and genuine manner through site-based management. Therefore no change is needed regarding the use of bathrooms, locker rooms, and showers. Many of you (School Board members) talk frequently about the benefit of site-based management; the issue of accommodations for gender-questioning students should remain a site-based management responsibility. If you feel the need to make a policy change, please consider a compromise that does not impact bathrooms, locker rooms, showers, and student overnight accommodations, such as what Loudoun County did in January.

4. This Policy Creates Legal Problems For County and Taxpayers – In August of 2016, the U.S. Supreme Court halted a lawsuit by a transgender student in Gloucester County, Virginia, effectively ruling that the County did not have to open up their bathrooms, locker rooms, and showers to opposite gender students. Changing this policy in Prince William could open up the County to frivolous lawsuits that drain precious taxpayer resources, while the constitutionality of this policy change is debated in the courts. Multiple courts have ruled against these policy changes across the nation. Many legal experts believe this issue will eventually reach the Supreme Court. Fairfax County has put their facility changes on hold because of legal issues. The Prince William School Board should therefore not take any action on this matter.

Chairman Sawyer has told some residents that he will add a “compromise” to the measure that says, “The Prince William County School Board gives guidance to the Superintendent that he is not to change the current regulations and practices regarding bathroom and locker room use.” This so-called “compromise” is problematic for multiple reasons. This language only invites more legal problems, because it probably won’t be upheld in Court. In addition, this compromise opens the door to further changes in the future through Superintendent decision or administrative guidance (which do not require a School Board vote).

5. This Policy Fight Puts Unwanted Attention on LGBTQ Students – Most LGBTQ students want to live their life without unwanted attention, just like any other student. Pursuing this nondiscrimination policy adds a political spotlight on our transgender students that they don’t want or need, especially as they are questioning their identity, and are very self-conscious. Research shows that many children who explore gender transition, often change their minds as adults. Unwanted political attention is not helpful as these students explore their identity. Sadly, this whole debate on the School Board is simply to help Chairman Ryan Sawyers’ political career, as he now is running for Congress, and is rumored to be considering a run for Chairman of the Board of Supervisors in 2019. We should not put unwanted attention on our LGBTQ students just to benefit Ryan Sawyers’ political career.

6. Opposition To This Policy Is Not About Religion – Unfortunately, news reports about this issue have mischaracterized the opposition as purely religious. This is not about religion, or sexuality, or gay marriage. Objection to this measure is not about hate or love. Our concern is regarding the privacy and safety of all our students. This policy will do nothing to stop anti-LGBTQ bullying, and may even increase bullying and unwanted attention of those very students.

7 thoughts on “ANOTHER BUSYBODY PROBLEM IN PRINCE WILLIAM COUNTY”