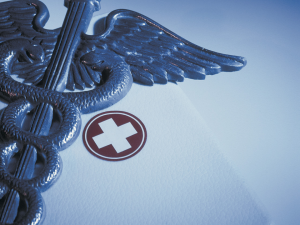 Click on the link below, and you will get a pop out showing a video of House Speaker Paul Ryan’s (R-WI) presentation on the Republicans’ plan to replace the Affordable Care Act.

Here is link to the location where CSPAN posted the video.

My congressman, Representative Rob Wittman (VA-01), is looking for inputs from his constituents.

In my view, the ACA has fallen well short of its own stated goals to expand choices, increase access to care, and reduce costs. That is why I voted to repeal all or parts of it numerous times. All across the country insurance providers are leaving the ACA-created exchanges, resulting in less choice and higher costs. In Virginia, premium rates may increase as much as 16 percent, according to the Richmond Times-Dispatch.

You can read the full text of the American Health Care Act here.

So where do we go from here?

Next, the committees with jurisdiction over health care issues – mainly Ways and Means and Energy and Commerce – will begin “marking up” or amending the legislation. This process is already underway.

Eventually a bill or bills will come to the House floor for a vote. But before we get to that point, I will be evaluating this legislation in the days ahead to determine if it will be good for Virginians. I will apply to the bill my five principles for replacing the Affordable Care Act to determine if it will win my support. I’ve listed them below.

1) All Virginians should be able to purchase health insurance coverage.

3) We need to get serious about reducing health care costs.

4) Medicare and Medicaid must be protected and preserved.

5) We need to create a system that empowers individuals and the private sector, not one that grows government.

My initial thoughts are that while this bill contains some provisions I support, I do have deep concerns about the lack of details on how many people will be covered under this legislation and what the overall costs will be.

One thing that is very important to me is that I continue to hear from you about the ACA repeal and replace plan. You can send your thoughts to me by emailing ACAIdeas.VA01@mail.house.gov

This is a topic I expect to address in upcoming telephone town hall meetings, and so if you would like to receive a call to join the next one, click here. I also hope you’ll take a moment to sign up for my weekly email updates, which will contain news on this and other topics highlighting my work on your behalf.

I look forward to hearing from you, and it’s an honor to serve you and Virginia’s First District in the People’s House.

Meanwhile, Reclaim Our Republic observes that members of the House Freedom Caucus are rallying around Senator Paul Ryan’s plan.

Members of the House Freedom Caucus stood with Sen. Rand Paul (R.-Ky.) Tuesday to denounce the Obamacare replacement bill supported by House Speaker Paul Ryan (R.-Wis.) and to announce the filing of Paul’s own bill, which is sponsored in the House by Rep. Jim Jordan (R.-Ohio). (continued here)

Where do I stand on the matter? The problem is that Obamacare has damaged the insurance markets.  So I am not exactly certain what would happen with a straight up repeal. My guess is that where there is only one insurer prices would climb (as they already have), but eliminating Obamacare would encourage competition. So things would soon get back to where they were before the Obamacare mess. So I would like to see Obamacare repealed.

What about the folks with preexisting conditions and over aged children who want to stay on their parents healthcare and other such things that Obamacare was supposed to fix? I am sort of puzzled as to why people think government is suppose to fix problems like that. If you don’t understand why, then I would like you to explain why the national debt is growing like mad. In addition, I would to hear you explain why it is moral for some people to vote to make other people pay their personal bills.