To illustrate just how readily the people accepted the megalomania of their king, Ortberg uses the brutal reign of King Herod The Great. In contrast, Ortberg tells us how the ancients once disposed of unwanted children. They aborted unwanted newborns, often by leaving them to die on dung hills. Because Christians opposed infanticide, that practice slowly died. Eventually, Christians established orphanages to care for unwanted children.

God Cares About All Of Us? 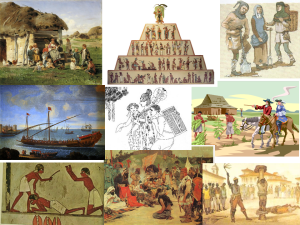 In Chapter 3, Ortberg expands upon that simple, but jaw-dropping belief: we are all made in the image of God. Everyone has the potential to be our brother or sister in Christ. Here Ortberg provides some insightful bible exposition and recalls. From the Bible we learn that Jesus told us that God cares deeply for each of us.  Jesus called for us to be humble, to love each other, not to lord over each other.  From history we learn how early Christians applied Jesus’ teachings. In a world where it is every man for himself, Christian stood out. Christians stood out because they loved each other, and they even cared for strangers.

Christian slowly learned to despise and to oppose and an age-old institution, slavery. Now we have to imagine a world where slavery is normal. Of course, nobody wants to be a slave, but there was a time when nobody saw anything wrong with owning slaves. Jesus changed that. Because He taught us the values of love and humility, He taught us to see each other as one of God’s children. Who enslaves a brother or sister? Who enslaves someone they love?

When Women Became People Too

Chapter 4 reminds us there is nothing new under the sun.  Today, because of its government’s one child policy, China suffers a shortage of women. The Roman Empire had a similar problem.

In the ancient Greco-Roman world, there was a huge shortage of women — about 140 men for every 100 women.  What happened to the other women?

The were left to die when they got born the wrong sex. (from Chapter 4, page 47).

What does the Bible say about women, particularly the New Testament? It shows that Jesus cared about women. Like men, God made women in His image too.

Counter to the conventions of His day, Jesus taught women and accepted their help in His ministry. When He died on that cross, the women He taught showed the most courage by staying with Him. In the quest to spread the Gospel, women too died as martyrs.

It took hundreds of years, but eventually Christians observed something in the Bible at odds with their experience in the world. The Bible says men and women stand equal before God. The world says men and women are not equal. So determined followers of Jesus Christ set about changing the world to conform to the Word of God.