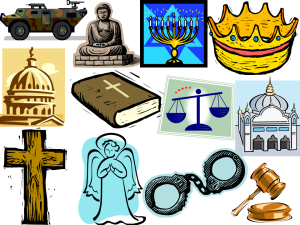 How We Got Here

Unfortunately, we are not very wise or intelligent. Yet neither do we easily forebear with those we perceive to be fools. As a result, we can engage in the most inexplicably strange behavior. In the name of tolerance, we can even become intolerant. Such is the intolerance I experienced when I visited Broken Windows at Renegade Press. Check out the comments.  When the host could not logically defend his position, he quickly transitioned to an ad hominem attack.

Here is the basic rationale.

You are clearly well versed in Christianity, and I applaud your devotion to its ideals. But you seem to be under the impression that I am here to debate the two faiths with you when all I am trying to do is promote harmony within a volatile world. A world made all the more unstable by people like you who take an idea as pure as faith and run it through the mud. You twist the ‘word of the Lord’ as you call it so as to further your own hatred and spread a message of ignorance. So if you want to be a bigot and a piece of shit you are more than welcome to on your own site. I don’t associate with keyboard warriors that perpetuate hate from the safety and comfort of their own home. If you really believe the words that you write than why hide behind a pseudonym? (from here)

What is peculiarly ironic is that Chris Nicholas, the host at Renegade Press, had more negative things to say about about the Christian Bible (this comment) than I did about Muslims.

So What Is This About?

So what is this about? As Gregory Koukl explains in The Myth of Tolerance, we have carried “tolerance” to an illogical extreme. Because it requires us to believe there is no truth, it is nonsense to say all religions are the same. Yet that is what multiculturalists want us believe.

Multiculturalism is firmly enthroned in the United States, and it apparently has a stronghold in Australia, Nicholas’ homeland, as well.  The state of New South Wales, just south of where Nicholas lives, seems to have the most multicultural resources online. So let’s consider what they call the principles of multiculturalism (from here).

Other websites that discuss the Principles of Multiculturalism include:

The principles promulgated by New South Wales sound very nice, that is foolishly, stupidly, and senselessly nice. There is nothing especially wrong with the first two principles, but:

Why Do Governments Promote Multiculturalism?

Why promote such nonsensical beliefs? Just think about the rotten education children receive in government-run schools. Unless we were taught to accept such a system, how else could they get away with it?

Multiculturalism gives us an excuse to let government educate our children. Yep! Don’t we want our little dears to be educated in a diverse environment? What does it matter if they don’t learn anything except to love themselves? That’s stupid, right? However, if we never learn anything about God and what He expects from us, why should we care? If we have not been taught the faith of our forebears — if we are ignorant of God’s Word — why we would we insist upon taking responsibility for the education of our own children? That’s a lot of work!

What Should We Do?

If someone who does not believe in either Christianity or Islam says we must treat all religious beliefs as if they are the same, why should we listen to him? Calling it “tolerance” does not change the simple fact that Christians, Muslims, Hindus, Buddhists, and so forth all believe different things.

Our ancestors use to worship wood, stone, and metal idols.  Some of them even sacrificed their neighbors to these idols. Are we suppose tolerate that? Just because we show respect for an idol worshiper who believes in human sacrifice does not mean that if given a chance he won’t try sacrifice us to his god.

How people behave depends BOTH upon how we treat them and what those people believe is right, and the recognition of that truth does not make us bigots. In fact, in their hearts multiculturalists realize as much. That’s why multiculturalists fiercely assault anyone who disagrees with the principles of their religion. In their hearts, they know what they believe is a lie. That’s why they shut down any real discussion with so much alacrity.

Think about the number of times you have seen a column like this: Too many universities deal with unpopular speech by banning it (www.washingtontimes.com). When people believe something that makes sense, they are eager to discuss it. However, when they believe a lie, they don’t want to hear a word of disagreement.

Therefore, our job is to learn the truth, tell the truth and live by the truth.

What we believe affects how we behave. Otherwise, we do not truly believe what we say we believe.

Other Examples Of Multicultural Babble

12 thoughts on “IS MULTICULTURALISM A RELIGION?”