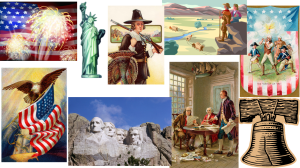 When illegal immigrant children started coming into our country, I hoped most of the opponents of illegal immigration would have enough sense not to direct their protests at the children. The children are not the problem. Our problem is the politicians aiding and abetting their illegal entry into the United States. If the politicians were doing their job, the children would not be trying to cross our borders. Unfortunately, there are a few people who have not given the matter enough thought.

Following the controversy over Youth For Tomorrow’s Unaccompanied Minor Program, the Bristow facility that houses at-risk youth has posted off-duty police officers at its Linton Hall Road entrance as a precaution.

According to Prince William Police, they are not doing so at the county’s expense.

“YFT is paying for the officers to be there,” said police spokesperson Officer Jonathan Perok. “This is an off-duty detail not paid for by the county or department.”

While Youth for Tomorrow did not immediately return calls for comment on the issue, many speculate YFT is concerned about the strong emotions the controversy is garnering with the public and local politicians.

Consider why Democrats think they can get away with bringing illegal immigrant children into our country. They are children. We are suppose to love children, not hate them. Therefore, if anyone opposes letting hordes of unaccompanied children cross our borders, the Democrats figure they can accuse them of hating children. Never mind the fact the Democrats have purely selfish reasons for bringing all these children into our country.

So what should we do if we want to protest illegal immigration? Try the following:

We in America still have a distinct culture, one that even now has the potential to continue flourishing as the cradle of liberty. However, if we do not protect our borders, devious political leaders will succeed in completely dividing us by language and culture. You say that is not possible? Don’t our leaders already seek to divide us by race, sex, religion, age, wealth, …….? And you don’t think they won’t try to divide us by language and culture?

Consider what this phrase means:  God-given rights to life, liberty, and the pursuit of happiness.  Is it not just about living and letting others live in peace? Unfortunately, we have put a bunch of busybodies in charge, and busybodies are not content just to do the minimum government needs to do and then leave the people they seek to “serve” in peace. Instead, they want to make all our decisions for us, and that’s why our government now runs our healthcare, our schools, our retirement, our banking industry,… That’s why our government is putting the coal industry out of business, is forcing us to subsidize windmills, insists upon regulating Christian religious practices out of the public square,…. That’s why this country is going broke.

So leave the illegal immigrant children in peace. Pity them. If they had any sense, they would have stayed home. If we must protest, then we ought to give our elected officials some grief.

Other Views and Other News

30 thoughts on “IT’S NOT ABOUT THE ILLEGAL IMMIGRANT CHILDREN”