What follows are excerpts from several emails written by members of the Virginia House of Delegates to their constituents. These were published last week after the General Assembly passed a budget.

WE HAVE A BUDGET!

I arrived home at 3am this morning after the General Assembly passed a responsible and cautious budget at midnight last night. The bill passed the House 69-31 and the Senate 21-18, an almost 2-to-1 margin across both houses.

Key:  Our spending plan for the next two years increases funding for selected programs that are critical for our people, funds most other programs at the same amount as the prior two-year budget (i.e., few cuts), addresses our state’s $1.5 billion revenue shortfall forecasted over the next two years, and defers Medicaid decisions until after the legislature has completed its work on Medicaid.

To ensure that the General Assembly retains its rightful role regarding Medicaid decisions, both houses approved an added clarifying section that unequivocally prohibits the expansion of Medicaid without the direct approval of the legislature.

This budget closes the $1.5 billion revenue shortfall by also using some of the state’s Rainy Day Fund. Unfortunately, we had to eliminate teacher pay raises and new funding for higher education. I strongly supported teacher compensation increases and am disappointed by this turn of events, but depressed revenues meant that the money is simply not there.

For a very detailed look at what the budget does and does not include, visit the House Appropriations Committee website by clicking here.

The budget is now enroute to the Governor for his consideration and action. I am hopeful that he will sign the budget with minimal changes so that our Commonwealth is not moved closer to a shutdown and/or interruption of services to our people.

I am pleased to announce that last night, after a three-month impasse, both the House of Delegates and Senate passed a responsible budget on a bi-partisan vote. Passing this budget guarantees paychecks for our teachers, police officers, firefighters and includes funding for 14,000 more in-state slots at Virginia’s public colleges and universities.  What this budget does not include is further expansion of Obamacare in Virginia.  While the Virginia General Assembly has had to deal with a significant shortfall, the budget we passed will allow us to preserve our investments in the core functions of government – education, transportation, and public safety. 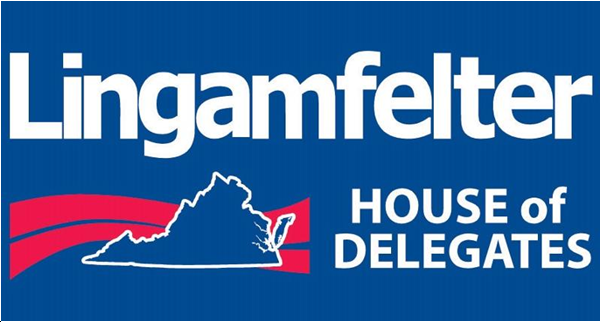 We stood firm!  We listened to you! We are accountable to the people we serve! That is why we have a budget in Virginia at last; a budget that is fiscally sound and does not expand Obamacare.

This week, Virginians saw firsthand what happens to politicians when voters feel their elected leaders are out of touch with their issues, their thinking, and their expectation for good governance.  The lesson is clear: in order to lead, you have to listen.  Once you listen, you have to take action to help create the right policies that protect our constitutional rights, the vitality of families, and the prosperity of small businesses that are the backbone of our economy.

As a member of the Virginia House of Delegates, I take my role very seriously. I have an obligation to the people I serve.  That means I take the tough positions-which aren’t always popular with some people-but that’s the price of leadership.  There are people who want to expand Obamacare in Virginia; I get it, but I also get this: We have a $17.5 trillion national debt and we borrow $430 million per HOUR at the federal level. Obamacare expansion in Virginia would put a huge hole in Virginia’s budget going forward. This hole would inevitably result in cuts in education, law enforcement, higher education, and other core functions of state government.  Many people, including myself, very badly want real healthcare reform.  What has been delivered to us by the Obama administration-a huge federal program forced down our throats-is not the right approach. It is time for Congress to take a clean sheet of paper toward healthcare reform, and the first step is to repeal Obamacare and put in place legitimate reform… not big government.

It took until late on June 13, but tonight the House and Senate both endorsed a state budget — and one without the proposed Obamacare Medicaid expansion.

The bill passed the Senate 21-18 and the House 69-31.  Click for the votes of your Delegate and Senator.  Both bodies also endorsed an amendment to add safeguards against the Governor expanding Medicaid without legislative approval.

The budget has now been sent to Governor McAuliffe, and we anticipate his actions next week.

These guys run every two years, and they will be running again in 2015. So please do as Bell suggests. Find out how your Delegate (and your Senator to) voted, and let him or her know what you think.