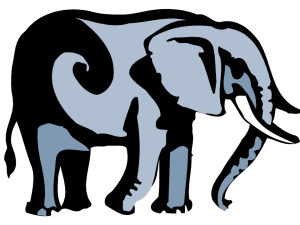 When I was over at With All I Am, I commented on a very interesting post, “The Multiverse Created Itself” and “Who made God after all?” – The Kalam Cosmological Argument. The subject sounds more difficult to comprehend than it is. Moreover, the author, J.W. Wartick, clearly explains the topic.

By the time I got to Wartick’s post, there had been over 100 comments. As interesting as the comments might be, I did not have time to read them all, but the last one in the list got my attention.

So Prayson, what do you really think about all this apologetics stuff? It doesn’t seem to refine anyone’s understanding of god, in fact, it seems a bit blasphemous in the same way that muslims would claim that iconography is blasphemous, i.e. it claims to characterize something which is beyond our power to characterize, and so is arrogant and misleading. People can argue about before the beginning, the edge of the universe, infinities, nothing – on and on about all the things which are place-holding approximations awaiting better approximations or which mark the point at which our theories break down. It is all dividing by zero, and people will endlessly claim that they have found a way in which it makes sense. What is the functional explanation for this activity (I will be more specific than asking about cause, seeing what happens whenever that naughty word is uttered)?:)

addressed his question to

Prayson Daniel, but it had been setting there a couple of days. So I answered it,

and went back and forth several times.  If you want to follow the thread, it starts here.

I defended apologetics, and

argued that such debate is pointless.  Curiously,

used the parable of The Blind Men and the Elephant to argue his point. I think that parable makes my case better, but judge for yourself.

It was six men of Indostan
To learning much inclined,
Who went to see the Elephant
(Though all of them were blind),
That each by observation
Might satisfy his mind.

The First approached the Elephant,
And happening to fall
Against his broad and sturdy side,
At once began to bawl:
“God bless me! but the Elephant
Is very like a WALL!”

The Second, feeling of the tusk,
Cried, “Ho, what have we here,
So very round and smooth and sharp?
To me ’tis mighty clear
This wonder of an Elephant
Is very like a SPEAR!”

The Third approached the animal,
And happening to take
The squirming trunk within his hands,
Thus boldly up and spake:
“I see,” quoth he, “the Elephant
Is very like a SNAKE!”

The Fourth reached out an eager hand,
And felt about the knee
“What most this wondrous beast is like
Is mighty plain,” quoth he:
“‘Tis clear enough the Elephant
Is very like a TREE!”

The Fifth, who chanced to touch the ear,
Said: “E’en the blindest man
Can tell what this resembles most;
Deny the fact who can,
This marvel of an Elephant
Is very like a FAN!”

The Sixth no sooner had begun
About the beast to grope,
Than seizing on the swinging tail
That fell within his scope,
“I see,” quoth he, “the Elephant
Is very like a ROPE!”

And so these men of Indostan
Disputed loud and long,
Each in his own opinion
Exceeding stiff and strong,
Though each was partly in the right,
And all were in the wrong!
(from here)

mentioned the parable of The Blind Men and the Elephant to illustrate the difficulty of understanding God. God is too big, and we are too blind.  Here is how I replied.

What does the parable of ELEPHANT AND THE BLIND MEN illustrate? Isn’t the point of the story to demonstrate the futility of pride? Separately, the blind men could not arrive at the truth. Together they had a fairly good picture of an elephant, but each man’s pride would not allow him to admit any viewpoint but his own. So none of them could perceive the elephant.

When we argue or fight over the “truth,” one or more of us refuses to admit any viewpoint but our own. When we honestly debate, we set aside our pride, and we examine the merits of each others observations. Only then can we can undergird our faith with a sturdy foundation of reason. (from here)

That, however, did not satisfy

. Although he partly agreed, he still observed what happens in practice.

Together they had a more complete list of elephant qualities. Their descriptions put together are recognizable as an elephant to those with an external perspective. But I agree with you in that our over-arching theories of truth are too ambitious (prideful, in your words). A deflationary attitude is in order. Which brings me back to the original point: Don’t all these apologetic arguments contain within them a Big Theory of Truth, an a priori picture of the elephant, in the current analogy?

And sadly, I cannot entirely disagree. In fact, the problem is worst than what the parable of The Blind Men and the Elephant suggests. In addition to being too prideful to admit and back away from our mistakes, we also tend to believe what we want to believe, particularly about subjects as important as God. Does that mean we should give up on apologetics? I do not think so, and I can speak from personal experience. Sometimes, after many years, we reconsider, and we more carefully examine the assumptions upon which we have lived our lives.

Consider the words of the Apostle Peter.

13 And who is he who will harm you if you become followers of what is good? 14 But even if you should suffer for righteousness’ sake, you are blessed. “And do not be afraid of their threats, nor be troubled.”15 But sanctify the Lord God in your hearts, and always be ready to give a defense to everyone who asks you a reason for the hope that is in you, with meekness and fear; 16 having a good conscience, that when they defame you as evildoers, those who revile your good conduct in Christ may be ashamed. 17 For it is better, if it is the will of God, to suffer for doing good than for doing evil.

The Apostle Paul echoed this message.

3 Let nothing be done through selfish ambition or conceit, but in lowliness of mind let each esteem others better than himself.

If we love our neighbors, then we will take them seriously and carefully examine their ideas and beliefs. Peter Kreeft of Boston College put it this way.

Be egalitarian regarding persons. Be elitist regarding ideas.

If as Christians we expect others to listen to us and to consider our example, then we must do the same. Then, we can we rightfully proclaim our Lord’s Gospel as the better belief and the best guide to eternal salvation. Because we have done our best to objectively consider the alternatives, we will know with firm confidence that our faith rests upon a solid foundation of Truth. Otherwise, what is the point of being a Christian?