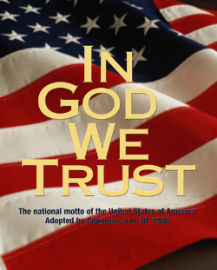 Because we are each unique, each of us perceives the world in our own way, and reach our own conclusions, even on the most basic questions. What questions matter the most? Ravi Zacharias (an expert in Christian apologetics) says there are Four Questions To Answer In Life.

Are these the questions that matter the most to you? Some of you no doubt have your own list. Yet these questions provide a place to start. What if you had difficulty empathizing with another’s point-of-view. What if you see the world as revolving around you?

That Apostle John condemned such selfishness. He called it loving the world.

(Here and here are explanations of the passage above.)

When we become obsessed with the world, we lack empathy. We may be quite capable of manipulating others, but those others are merely objects, a means to an end. How does this self-centered perspective affect a selfish person’s attitude towards government? Consider a quote from President John F. Kennedy.

How would a self-centered person have reacted to Kennedy’s call for service? Would they take it to heart, or would they just expect the sappy politician giving them that advice to do them a big favor?

When politicians make promises they have no intention of keeping, they lie.

24 Whoever hates disguises himself with his lips
and harbors deceit in his heart;
25 when he speaks graciously, believe him not,
for there are seven abominations in his heart;
26 though his hatred be covered with deception,
his wickedness will be exposed in the assembly.
27 Whoever digs a pit will fall into it,
and a stone will come back on him who starts it rolling.
28 A lying tongue hates its victims,
and a flattering mouth works ruin.

Politicians use to the power we give them to buy our votes. The worst of them promise to buy our votes with other people’s money. They make promises they know they cannot keep. Because the vast bulk of our nation’s wealth passes through the hands of ordinary Americans, to pay for Big Government, politicians must tax any ordinary Americans with a job. Then to finance their campaigns and spread their lies through the corporate mass media, politicians must cater to special interests. Thus, when politicians promise to tax the rich they lie.

Free Education: Parents, not government, have the responsibility for ensuring their children receive a good education. What happens when government takes over the education of children? Don’t politicians sell special interests access to our children? Thus:

Social Security: The Social Security tax is a highly regressive tax aimed squarely at every American with a job. The rich don’t pay payroll taxes. Everybody with a job does, but because those taxes go into a secure “trust fund” Social Security is suppose to be a great deal. In fact, Congress just spends the money. If a private company tried such a scam, the CEO would be accused of fraud and put in jail.

Medicare, Medicaid, and Obamacare: Programs such as Medicare, Medicaid, and Obamacare represent a government takeover of our healthcare system. What advocates hope to do is what they have already done to our education system. Just as our education system has eliminated school choice for ordinary Americans, the government takeover our healthcare system will eliminate our ability to make our own healthcare choices.

Tax Credits, Deductions, and Various Other “Incentives”: Ever wonder how our tax system got so horribly complex? Various special interests have purchased innumerable special tax favors from the people we elect.

Minimum Wage: To anyone but the ignorant, the minimum wage is a fraud. What happens when government demands that an employer pay a worker more than that worker’s labor is worth? Doesn’t that question answer itself?

Because the powers that elected officials possess (control over huge budgets, for example) represent a valuable commodity for dishonest people, we have no choice except to assume the possibility of electoral fraud. Traditionally, we have protected the vote by insisting that everyone who can vote vote in person on election day. That includes providing identification.

If you search the Internet, you will find huge numbers of articles claiming that voter fraud is a myth. Yet we all know Democrats want illegal aliens to vote, think the mere requirement for a photo ID is voter suppression, and fight any effort to clean up voter registration lists. If that is not suspicious, what is it? Consider these reports.

The basic argument? Conservatives say it only makes sense to verify that those who vote have the right to vote. Socialists whine that voter verification reduces the turnout of their supporters. They complain about the result and call that voter suppression, but they cannot show that requiring a photo ID, for example, wrongly suppresses the vote.

On the other hand, Socialists say that voter fraud is rare, but Conservatives point to the obvious. When little effort is made to detect and prevent it, voter fraud is easy.

Because even a small society involves a complex interaction between many different souls, we cannot easily predict our future. We can only observe current trends and guess what might happen.

Currents trends do not look good. The dictionary definition of “decadence” is value-free. Without mentioning what is being lost, it points to a decay in moral qualities. Thus, to say America is becoming decadent, we must first clearly state what is being lost.

What is being lost in our society? Because we have given over the responsibility to educate our children to politicians, each succeeding generation of Americans has less knowledge of the wisdom contained in the Bible. Why is that important? Consider how the Bible defines wisdom. When King Solomon asked God for wisdom, what did he ask for?

7 O Lord God, you have let me succeed my father as king, even though I am very young and don’t know how to rule. 8 Here I am among the people you have chosen to be your own, a people who are so many that they cannot be counted. 9 So give me the wisdom I need to rule your people with justice and to know the difference between good and evil. Otherwise, how would I ever be able to rule this great people of yours?”

Solomon wanted to know how to discern good from evil. When men are fools, they call evil good and good evil. Then they become decadent (Isaiah 5:8-30), and they are doomed.

Like Solomon, we too need God’s wisdom. As it is, we do not know enough to vote for leaders who understand and appreciate the Bible’s wisdom. We have innumerable Bibles, but we remain spiritually immature. We have a baby’s wisdom. Because we have not studied the Bible, we cannot chew solid food. We still need milk.

13 For everyone who partakes only of milk is unskilled in the word of righteousness, for he is a babe. 14 But solid food belongs to those who are of full age, that is, those who by reason of use have their senses exercised to discern both good and evil.

When Jesus began his ministry, he started by quoting Isaiah.

17 And He was handed the book of the prophet Isaiah. And when He had opened the book, He found the place where it was written:

18 “The Spirit of the Lord is upon Me,
Because He has anointed Me
To preach the gospel to the poor;
He has sent Me to heal the brokenhearted,
To proclaim liberty to the captives
And recovery of sight to the blind,
To set at liberty those who are oppressed;
19 To proclaim the acceptable year of the Lord.”

When we sin, we oppress each other and make each other prisoners. We impoverish each other. We break each others hearts, and we are blind to our own sinfulness.

How did Jesus proclaim liberty and set us free? Check out WHEN DO THE PEOPLE STEAL THEIR OWN FREEDOM?

7 thoughts on “WHY DO WE EXPECT BIG GOVERNMENT TO WORK?”