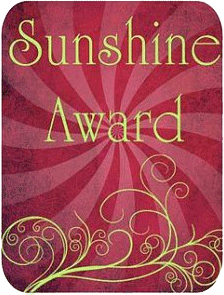 I don’t usually win many awards. To some extent, that is because I have done the right thing, but the primary reason is that I am not capable enough.

What have I done right? I have tried to compete at a fairly high level — for me anyway. That is, I compete with plenty of people who are more able than I. That makes for fun and interesting work, but not many awards.  Hence, even though blogging awards have no material value, I still enjoy the novelty of getting such recognition from someone I respect. In this case, 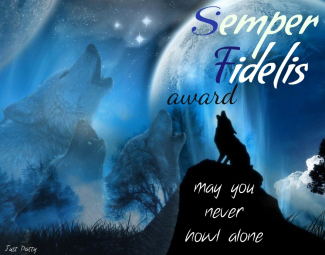 Biltrix (James Stone) nominated Citizen Tom for both the Sunshine Award and the Semper Fidelis Award. Thank you!

Of course, when we are nominated for an award, there are requirements that must be met to receive the award.

For military buffs, here is the origin of “Semper Fi.”

“Semper Fidelis” (“Always Faithful”) is the motto of the Corps. That Marines have lived up to this motto is proved by the fact that there has never been a mutiny, or even the thought of one, among U.S. Marines.

Semper Fidelis was adopted about 1883 as the motto of the Corps. Before that, there had been three mottoes, all traditional rather than official. The first, antedating the War of 1812, was “Fortitudine” (“With Fortitude”). The second, “By Sea and by Land,” was obviously a translation of the Royal Marine’s “Per Mare, Per Terram.” Until 1848, the third motto was “To the Shores of Tripoli,” in commemoration of O’Bannon’s capture of Derna in 1805. In 1848, after the return to Washington of the Marine battalion that took part in the capture of Mexico City, this motto was revised to: “From the Halls of the Montezumas to the Shores of Tripoli” – a line now familiar to all Americans. This revision of the Corps motto in Mexico has encouraged speculation that the first stanza of “The Marines’ Hymn” was composed by members of the Marine battalion who stormed Chapultepec Castle.

It may be added that the Marine Corps shares its motto with England’s Devonshire Regiment, the 11th Foot, one of the senior infantry regiments of the British Army, whose sobriquet is “the Bloody Eleventh” and whose motto is also Semper Fidelis.

Note that the link does not have a certificate. So your browser will complain.

Since the criteria are similar I have combined my  response for the awards.  Since the object of this blog advocate what I believe about politics and religion.

challenged his Sunshine Award a nominees to name some sunshine song. I am not much of a music fan, but I did think of this one.

13 thoughts on “HOW COULD I HAVE EARNED A SUNSHINE AWARD AND THE SEMPER FIDELIS AWARD?”