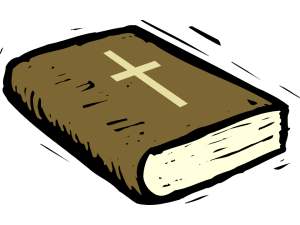 16-20 If corpses can’t be raised, then Christ wasn’t, because he was indeed dead. And if Christ weren’t raised, then all you’re doing is wandering about in the dark, as lost as ever. It’s even worse for those who died hoping in Christ and resurrection, because they’re already in their graves. If all we get out of Christ is a little inspiration for a few short years, we’re a pretty sorry lot. But the truth is that Christ has been raised up, the first in a long legacy of those who are going to leave the cemeteries.

21-28 There is a nice symmetry in this: Death initially came by a man, and resurrection from death came by a man. Everybody dies in Adam; everybody comes alive in Christ. But we have to wait our turn: Christ is first, then those with him at his Coming, the grand consummation when, after crushing the opposition, he hands over his kingdom to God the Father. He won’t let up until the last enemy is down—and the very last enemy is death! As the psalmist said, “He laid them low, one and all; he walked all over them.” When Scripture says that “he walked all over them,” it’s obvious that he couldn’t at the same time be walked on. When everything and everyone is finally under God’s rule, the Son will step down, taking his place with everyone else, showing that God’s rule is absolutely comprehensive—a perfect ending!

Delegate Scott Lingamfelter sent this out on yesterday. Lingamfelter set aside making the effort to offer any fancy comments. He simply said today was good day to think about what is important.

For Christians like me and my family, this is truly the holiest of holidays.  It’s easy in life to get so wrapped up in ourselves and our daily activities that we forget what’s really important.  And for those of us who follow and worship Jesus Christ and recognize Him as our Savior, sometimes it’s hard to fully grasp the significance of what He did for all of us.  So, here’s what happened.  And I’m glad it did happen, for all of us.

1 Now on the first day of the week Mary Magdalene came early to the tomb, while it was still dark, and saw the stone already taken away from the tomb.  2 So she ran and came to Simon Peter and to the other disciple whom Jesus loved, and said to them, “They have taken away the Lord out of the tomb, and we do not know where they have laid Him.”  3 So Peter and the other disciple went forth, and they were going to the tomb.  4 The two were running together; and the other disciple ran ahead faster than Peter and came to the tomb first; 5 and stooping and looking in, he saw the linen wrappings lying there; but he did not go in.  6 And so Simon Peter also came, following him, and entered the tomb; and he saw the linen wrappings lying there, 7 and the face-cloth which had been on His head, not lying with the linen wrappings, but rolled up in a place by itself.  8 So the other disciple who had first come to the tomb then also entered, and he saw and believed.  9 For as yet they did not understand the Scripture, that He must rise again from the dead.  10 So the disciples went away again to their own homes.  11 But Mary was standing outside the tomb weeping; and so, as she wept, she stooped and looked into the tomb; 12 and she saw two angels in white sitting, one at the head and one at the feet, where the body of Jesus had been lying.  13 And they said to her, “Woman, why are you weeping?” She said to them, “Because they have taken away my Lord, and I do not know where they have laid Him.”  14 When she had said this, she turned around and saw Jesus standing there, and did not know that it was Jesus.  15 Jesus said to her, “Woman, why are you weeping? Whom are you seeking?” Supposing Him to be the gardener, she said to Him, “Sir, if you have carried Him away, tell me where you have laid Him, and I will take Him away.”  16 Jesus said to her, “Mary!” She turned and said to Him in Hebrew, “Rabboni!” (which means, Teacher ).  17 Jesus said to her “Stop clinging to Me, for I have not yet ascended to the Father; but go to My brethren and say to them, ‘I ascend to My Father and your Father, and My God and your God.’ “18 Mary Magdalene came, announcing to the disciples, “I have seen the Lord,” and that He had said these things to her.

Have a blessed day and life.

What do you believe? Do you believe the Bible is a myth or what it claims to be? Have you actually taken the time to study the Bible? No? Why not? You don’t think it important? Perhaps you do not know what happen since the death, burial and resurrection of Christ Jesus. Now is as good a time as any to start learning, and the Bible is the place to begin.

5 thoughts on “WHAT HAPPENED ON EASTER?”