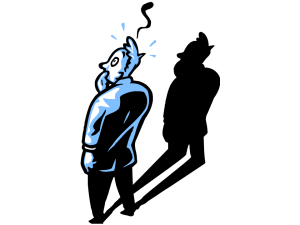 This post follows on the heels of HOW DOES GOVERNMENT AND THE LAW PERVERT GRACE TODAY? Why this post? Blame Eric the 1/2 troll. He insisted on asking questions. What questions? These questions.

“DOMA is appropriate legislation, and it is constitutional. Traditional marriage involves protecting the rights of a child.”

Rights? What RIGHTS are violated by gay marriage, Tom? But really the point is that through DOMA and you general lobbying against gayness, you yourself are defining and promoting “appropriate” sexual practices. You, of course, will refuse to acknowledge your own hypocrisy. Carry on.

As to paragraph 2 – I simply want to know why you would not wish to respect the rights of EVERYBODY (i.e., why would you exclude immigrants rights?)

As to paragraph 3, I am simply refuting that OUR government has really NOT mucked things up on this here earth. Things are much, much better and if you have your way (do away with the very governmental protections we the people need from capitalists) things will get very, very bad again. (from here)

Since he seemed determined to misunderstand my post, Eric’s questions puzzled me. When he did not want to hear the answers, I wondered why Eric kept right on asking the same questions. So I decided to ask Eric questions, and Eric responded here.

Because of our government-run education system, and because governing is an art, not science, most of us have a poor understanding of government. We don’t understand the limits of:

Eric is not stupid. He is just wrong, and he is angry. He is not getting what he wants. He sees me objecting. So he blames me and people who agree with me.

Yet neither I or any of Eric’s fellow citizens stand in Eric’s way. The problem is what Eric has been taught to expect. He expects government to solve problems it cannot solve.

Supposedly, we have become much more wise than our forebears. Therefore, we “know” that in the same way it is wrong to discriminate based upon race it must also be wrong to discriminate against homosexuals. With this leap of logic, some have reached the conclusion we should legalize same-sex marriage. Unfortunately, same-sex marriage is an oxy-moron. Two people of the same sex can fondle each other. They can even be remarkably effective transmitters of sexually transmitted diseases, but they can never consummate their “marriage.” What will a same-sex sexual relationship produce — besides disease? For a few people it will produce momentary pleasure.

Religious belief and cultural traditions argue that homosexual relationships are wrong. Obvious physical and behavioral differences between the sexes demonstrate that same-sex marriage is an absurd fantasy.  Why should government give its approval? Why would anyone except the participants have any desire to be involved?

Yet some want our laws to dignify the farce of same-sex marriage. What is their justification? Being forced to participate in a ridiculous fantasy does not violate our rights; it is just mean and insensitive.

That’s why we need laws? To stop people from being mean and insensitive? So we can be forced to participate in other people’s fantasies?

And we justify such nonsense in the name of what? Science or religion?

Here we have another oxy-moron, “illegal immigrant rights.” When someone enters our nation illegally, their first act is to break one of our laws. As lawbreakers, illegal immigrants should be locked up, serve their time, and then be deported back to their home countries.

So what do our leaders do? Well, they are not doing their job. We have millions of people in our nation illegally. These people sneaked across our borders, and our leaders refuse to make them leave. Instead, our leaders offer illegal immigrants conditional protection. Work cheap, and don’t make trouble.

In addition, our leaders abuse our tax system and our laws by offering illegal immigrants “free” public services. Thus, they provide an enticement for immigrants to enter our nation illegally. And when we complain about their dereliction of duty and outright chicanery what do our leaders do? They tell us we don’t have a heart.

And we justify such nonsense in the name of what? Science or religion?

Utopia Or Has Government Mucked Things Up?

Here is how the word originated.

When we have a big and powerful government, us ordinary citizens must inevitably end up doing lots of things we do not want to do. Why? To justify more powers than they actually need, leaders must turn to religion (Even the USSR — as our nation does today — made a religion out of science.). Thus, what may seem nice from the perspective of the people in charge (and those living in Fantasy Land), causes everyone else to suffer a lost of freedom, including religious freedom.

Government is just a bunch big committees. It provides no magic for working out complex moral issues. It just provides the power to force people into compliance. So it is worse than useless to give government tasks we do not need to give it. When we give government control over those things where we have no need for government, we just give license to busybodies.

20 thoughts on “HOW DOES GOVERNMENT AND THE LAW PERVERT GRACE TODAY? THE SEQUEL”